Maria joined Holsworthy NHS Dental Care in 2018.  She qualified with MDDr (Doctor  of Dental Medicine) in 2013 at the Charles University in Prague.  Maria worked as an associate dentist in general dental practice in Greece from 2014 to February 2018.  Maria speak Greek and English and her interests include reading fiction and non-fiction, cinema, theatre and travel.  She loves and misses her two dogs at home in Greece.

Xenia joined Holsworthy NHS Dental Care in 2016.  She qualifed with DMD (Doctor of Dental Medicine) in 2015 at Semmelweis University in Budapest.  Xenia speaks Greek and English and her hobbies include theatre, music, cooking, travel, tennis and meditation.

Charis joined Holsworthy NHS Dental Care in 2017.  He qualified with DMD (Doctor of Dental Medicine) in 2015 at Semmelweiss University in Budapest and worked in a private dental clinic in Larnaca, Cyprus before moving to Holsworthy. Charis speaks Greek, English and basic Hungarian. His interests include playing guitar, keeping fit, sailing, fishing, scuba diving and camping.

Debbie joined the Practice in 2014 as a student dental nurse  and is now a qualified Registered Dental Nurse after passing all her exams in 2016.  Debbie is an avid reader of fiction. She loves animals and has a variety of pets including her Cocker Spaniel.

Laura joined the team at Holsworthy Dental Centre in 2014 and qualified as Registered Dental Nurse in 2016. In her spare time you are most likely to find her at the stables with her beloved pony Ted with whom she competes in dressage competitions around Devon & Cornwall. Laura has recently given birth to a beautiful baby girl and is currently on maternity leave. We wish her and her family all the best and look forward to her return to the team later next year.

I joined the practice in 2016 and began my journey to become a qualified dental nurse. I never thought this was something that I wanted to do but after having a taster day with the practice I realised this is was something a really wanted to pursue. In 2020 the practice advertised for a lead Dental nurse.  I thought this would be a fantastic opportunity and just what I needed, so I applied and got the job! I am mentoring a new team of trainee dental nurses, and I am on hand to help and assist our dentists who are new to the practice and in their mentee program. I work alongside the practice manager, Karenza, who is training me to assist her with the governance and administration side of the practice. I am currently studying with the BDA to gain my qualification in Radiography. My main aim is to keep progressing and working my way to the top in the hope that one day I can become a practice manager. I am a very active person and in my spare time I enjoy going for long walks with my dogs Roxy and Coco. I love meeting up with my friends going to the beach. I have a horse called Jack who keeps me busy, and I occasionally show him at local events.

I have worked at the practice since the middle of 2021 and I am enjoying every minute of it. I enjoy working with a variety of people and learning about the different aspects of dentistry each day. Once I have qualified and become a registered dental nurse, I would like to further my skills and train in radiography as I find it extremely interesting. I also would like to be an oral health educator as I am passionate about the importance of oral hygiene.  I left school in 2015 and went on to work in the health and social care industry which is where I found my passion for health care which then led me to perusing a career in dental nursing.

I enjoy going out and socialising with my friends at the weekend. I also enjoy going on holiday and exploring the different cultures in the world, my favorite place I have ever visited is Mexico!

Dr John Chope graduated from Bristol University with degrees in Physiology and Dentistry. As an Associate Professor at The Medical College of Virginia, John carried out research on the physiology of taste receptors, describing for the first time their unique mode of stimulation. After graduating John helped found and taught at the University of Khartoum dental school, the first in Sudan.  He founded Penroses Dental Practice in 1974 and worked as a GDP in NHS general practice for twenty five years and has continued to work in private practice for over twenty years.  As a general practitioner, John built a small group of four practices with twelve dentists and two dental laboratories before the age of corporates.

He was a founder member of the FGDP and of the Health, Education and Social Care Chamber of the first tier Tribunal of the Ministry of Justice which he served for seventeen years.  John was included in the first Dentistry list of top 50 most influential dentists in 2006. He was a member of the panel that made the successful bid to establish the Peninsula Dental School and contributed to the Curriculum Development group.

John owned and ran an international wholesale dental products company and introduced various innovative products to the UK market and abroad and was an advisor to the board of the Veterinary Drug Company, now known as Genus PLC. He was chairman of the Confederation of Dental Employers for 10 years and for fourteen years was an elected member of the GDC, chaired the Conduct Committee and the Standards Committee, was instrumental in establishing the independent private patients’ complaints service and acted as an external inspector of dental training institutions. He recently provided dental care in a remote village in Honduras as part of a charity aided medical team.  He is also a hypnotherapist and has served as a local JP for 25 years, now on the supplemental list.

In his spare time John looks after a four hundred acre farm and can be seen at charity events running his Splat the Rat sideshow.

I was born in London 1954 in the east end of London so I am a cockney! I lived in London but spent a lot of time on our family farm in Wales where I now live after the death of my mother.

I was educated initially in London on to boarding school and studied dentistry at UCH dental school. I worked in Falmouth after qualifying and after three years was commissioned into the army. On leaving the army I moved to Cornwall and established a practice in the village of Constantine. I ran this practice for twenty two years and during this time it expanded to three surgeries where I employed two additional dentists and a hygienist.

I sold my practice in 2007 and continued to work as an associate until I joined Holsworthy private dental in 2016. Here I work two days a week seeing both private patients and I also see domiclillary patients in west Devon. I have also mentored several of the young dentists who wish to obtain a performer number in order to work within the NHS. This has been an aspect of my work which I find particularly rewarding.

I work part time and spend the remainder of my time here on our farm in Wales. I have two sons one in Bristol the other in Cornwall. My interests are in sailing and I also hold a private pilots licence.

I have been a Dental Nurse for over 30 years. I first joined the practice as a student dental nurse in 1988. As one of the practice’s longest serving members of staff, I divide my time between the dental practice and being on the road with the domiciliary service. I am a very experienced registered Dental Nurse and I qualified as an Oral Health Educator in 2010, this is an extremely valuable skill and is welcome and very helpful addition to our domiciliary service. I have been married for over 30 years and have two children. I support the Ronald McDonald charity, which provides free accommodation for families of very sick children receiving treatment at our nearest children’s hospital in Bristol. Having had to use the hospital, I decided to help raise some funds with a group of friends and decided to do a tandem skydive.

I joined this practice in 1991 and have never looked back, my job continues to challenge and stimulate me every day, even though I have been in dentistry for 30 years. I qualified as a dental nurse in 1998, as an Oral Health Educator in 2002 and as a Dental Radiographer in 2004. I then became Practice Manager in 2005. I have worked with some really amazing people from all over the world, helping to develop our mentoring programme for young dentists at the beginning of their careers. This has been very rewarding for me. I work full time in Holsworthy but live in Bude and have two boys still at home with me. My eldest son, Cory, is an apprentice builder and my younger son, Kade, attends Budehaven community school. In my spare time I like to attend dance classes or hit the surf at either Summerleaze or Crooklets beach.

Wendy grew up and went to school in Holsworthy and first worked for Penroses Dental Practice in the 1970s. She then married and left the area in 1978 and went on to live in Warickshire, Germany, Essex and Tavistock. Wendy gained lots of experience working as a dental nurse and receptionist in Tavistock for many years and since moving back to Holsworthy in 1998, Wendy continued to travel to Tavistock and later worked as a dental nurse and receptionist in Okehampton, before rejoining the team here in 2013. Wendy is the receptionist for the Private Practice as well as assistant to the practice manager and coordinator for the domiciliary service. Wendy has two grown up sons and five beautiful grandchildren. She enjoys travel, walking and reading and is a member of Holsworthy football club’s darts team.

Angie is a very experienced receptionist having worked for many years at Endsleigh Dental Practice in Holsworthy. Angie is always smiling and brings a quiet calm to what can be very hetic days. Angie’s spare time is spent with her grandson and she also enjoys quiet time reading and listening to music.

Wendy is a very experienced receptionist and dental nurse, having worked at Penroses Dental Practice for several years, before her children were born. She mostly works with Angie on reception but is invaluable as a dental nurse in an emergency or during staff holidays. Wendy has a couple of very energentic dogs which she loves to walk on the beach.

Working in the practice’s Central Sterilisation Unit, Paula has the responsibility of ensuring all equipment is fully clean and sterilised, before being redeployed to the surgeries or domiciliary service. Alongside this role, Paula can often be seen helping out on reception. When Paula is not at the practice, she enjoys long country walks, trips to the theatre and reading, especially crime thrillers. Paula is also a qualified therapist in Reflexology, Indian Head Massage and Reiki. 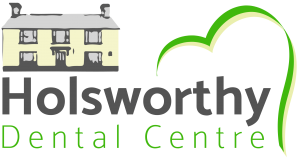